Barium carbonate is the inorganic compound with the formula BaCO3. Like most alkaline earth metal carbonates, it is a white salt that is poorly soluble in water. It occurs as the mineral known as witherite. In a commercial sense, it is one of the most important barium compounds.
Barium Carbonate or BaCO3 is also called Whiterite named after William Withering who discovered this white mineral in 1784 from barytes.

More about Barium carbonate can be found on Wikipedia

It is mainly used to remove sulfate impurities from feedstock of the chlor-alkali process. Otherwise it is a common precursor to barium-containing compounds such as ferrites.

Barium carbonate is widely used in the ceramics industry as an ingredient in glazes. It acts as a flux, a matting and crystallizing agent and combines with certain colouring oxides to produce unique colours not easily attainable by other means. Its use is somewhat controversial since some claim that it can leach from glazes into food and drink. To provide a safe means of use, BaO is often used in fritted form.

In the brick, tile, earthenware and pottery industries barium carbonate is added to clays to precipitate soluble salts (calcium sulfate and magnesium sulfate) that cause efflorescence.

Mg(OH)2 Magnesium hydroxide is the inorganic compound with the chemical formula Mg(OH)2. It occurs in nature as the.. 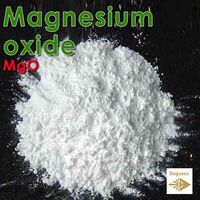 MgO Magnesium oxide (MgO), or magnesia, is a white hygroscopic solid mineral that occurs naturally as periclase and.. 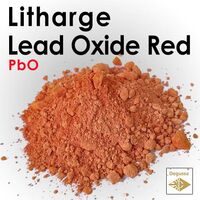 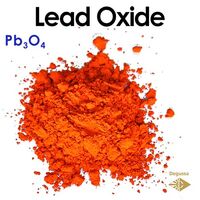