Ammonium nitrate is a chemical compound with the chemical formula NH4NO3. It is a white crystalline salt consisting of ions of ammonium and nitrate. It is highly soluble in water and hygroscopic as a solid, although it does not form hydrates. It is predominantly used in agriculture as a high-nitrogen fertilizer.

Ammonium nitrate is an important fertilizer with NPK rating 34-0-0 (34% nitrogen). It is less concentrated than urea (46-0-0), giving ammonium nitrate a slight transportation disadvantage. Ammonium nitrate's advantage over urea is that it is more stable and does not rapidly lose nitrogen to the atmosphere.

Ammonium nitrate is used commonly in fertilizers; in pyrotechniques, herbicides, and insecticides; and in the manufacture of nitrous oxide. It is used as an absorbent for nitrogen oxides, an ingredient of freezing mixtures, an oxidizer in rocket propellants, and a nutrient for yeast and antibiotics. 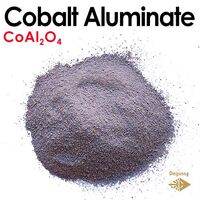 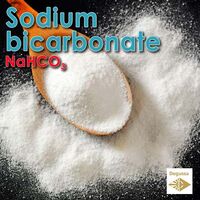 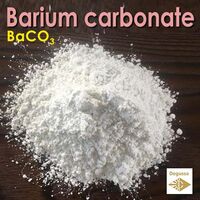